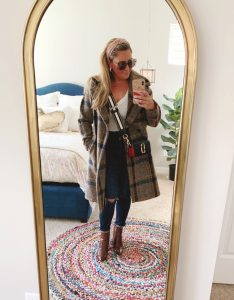 Anna Elizabeth James is a director, writer, and producer who first caught the filmmaking bug after being given the opportunity to create her own TV show in junior high school. Ever since then Anna has had an insatiable desire to collaborate and bring artists together towards a common goal.

Anna’s break-out feature film, Deadly Illusions, was completed under her company banner Kiss and Tale Productions – where she wrote, directed, and produced. The film became an instant smash hit upon its release on Netflix in March of 2021. The psychological thriller, known for its bold approach and “keep-you-guessing narrative” has been featured in a myriad of publications including Forbes, Newsweek, People, Elle, E News, Fatherly, etc. for breaking numerous streaming records, landing at number one worldwide for 8 days and the top ten worldwide for 18 days. The story follows a bestselling female novelist suffering from writer’s block who hires an innocent young woman to watch over her twin children. As the novelist dangerously indulges in her new best seller, the line between the life she’s writing and the one she’s living becomes blurred. The film stars Kristin Davis, Dermot Mulroney, Greer Grammer and Shanola Hampton and was acquired by Voltage Pictures for domestic and worldwide sales during the pandemic.

Anna directed her fourth feature film for Mar Vista, Sisters for Life, which follows a young woman who methodically takes down her fellow sisters in a sorority house in order to get closer to her favorite sister. The film released in August of 2021.

AEJ made her break into the feature world by writing and directing, Emma’s Chance, starring Greer Grammer and Missi Pyle, about a young woman who performs community service at a horse rescue ranch and connects with a sprightly horse named Chance. The family film climbed the iTunes charts alongside major hits like Monster’s Inc. and Cars, and was distributed through Sony Pictures. The film can be found on all major streaming platforms and is considered a fan favorite.

Anna’s second feature, Destined to Ride, stars Madeline Carroll and Denise Richards about a young woman who visits her aunt on a remote ranch in the summer, and while there, discovers her true identity along the way. The girl power movie was also distributed through Sony Pictures and is currently streaming.

Anna has directed numerous short films, including a teen pilot, Diary of a Teenage Nobody, which was optioned by MTV. Her psychological thriller, Zone 2, toured through the Etheria Film Festival, winning an audience award.

Utilizing her writing skills as a pathway to directing, Anna sold her romantic comedy, I Do Over to David Ellison’s Skydance Media (Mission Impossible Franchise) during her second year of film school, making her a member of the WGA.

AEJ’s teen thriller, Haven’s Point, won Best Film at USC’s WCA Film Festival and was created through USC’s competitive production class where the top students are given the opportunity to direct. 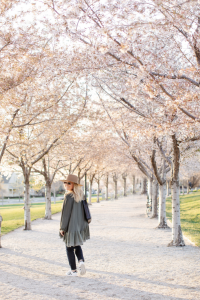 Known as a pioneer in the industry for her iPhone filmmaking and distribution methods, Anna has been featured in WIRED Magazine, The New York Times, USA Today, and has spoken at TEDx, New York Apple Store, DGA, and The Academy of Television, Arts and Sciences showcasing these forward thinking films.

Anna holds an MFA from USC’s School of Cinematic Arts and is the mother of four. She currently resides in South Jordan, Utah with her two assistant pups, Pepper and Teddy, who sit by her side as she writes and creates.

Or take a look at her previous short films here.

You can also find her on IMDB.

Forbes: How Deadly Illusions Became the Most Watched Movie on Netflix

And if you like podcasts, get to know Anna better …

Behind the Byline with Anna Elizabeth James, Walsworth Yearbooks